2013 went by quickly, and what a year it has been. Three massive things that I want to reflect on for this year.

1. Shippable goes from "cool idea" to $2M in funding in less than a year

Avi and I started talking about building a continuous integration service somewhere in December of 2012. Since then, we've written and rewritten everything four times, slowly making progress towards a better product-market fit. We started out by using Jenkins as the core of our platform but we realized very soon that it wasn't going to let us innovate fast enough, at which point we built our own CI back end. That was a lot of fun to build.

We got cross platform builds running using a solid distributed architecture that allowed us to run builds 3x faster than the competition. It was around this time that we got in to TechStars Seattle, which turned out to be a massive learning experience for all of us. They don't call it an accelerator for nothing -- the amount of stuff we got done in the three months at TechStars was phenomenal.

Along the way, it became clear to us that Docker was going to change the way the world thinks about development, testing and deployment software. That's when we decided to start moving our own infrastructure to Docker. Today, our customers builds happen inside Docker containers and we're completely embracing an entire development workflow based around Docker. It's an exciting time to be a developer and I'm thrilled to be a part of this team.

2. I've moved to developing full time in Javascript on NodeJS

I love .NET. C# is, without a doubt, the best language that I've ever worked with, but I'm very worried about Windows. It's becoming painfully clear that there's almost no one other than Microsoft that's driving innovation on the Windows platform. All the cool toys seem to be on the other side of the fence and that makes me very sad. It's just disappointing that Microsoft, with all its abilities, has simply allowed the ecosystem to rot away.

As a developer, it's hard to ignore all the awesomeness that's going on in the open source world. As much as I love C# and Visual Studio, there's something to be said about stuff like NodeJS, Python, Docker and Vim. Granted, some of those things can also be used on Windows, but the truth is Windows simply isn't a first class citizen of the open source world and all the interesting stuff happens on Linux first anyway.

I've now learned to love my set up of tmux and Vim (+ plugins, of course). I'm not as productive as I used to be with Visual Studio yet, but it's not as scary as it seems and I'm getting a little better every day.

Now this is going to come as a complete surprise to everyone because I've been really, really quiet about it so far. It isn't that I wanted to keep it quiet, but the truth is that this little project has kept me so busy for the past few weeks that I just haven't had the time to go announcing it to the world. 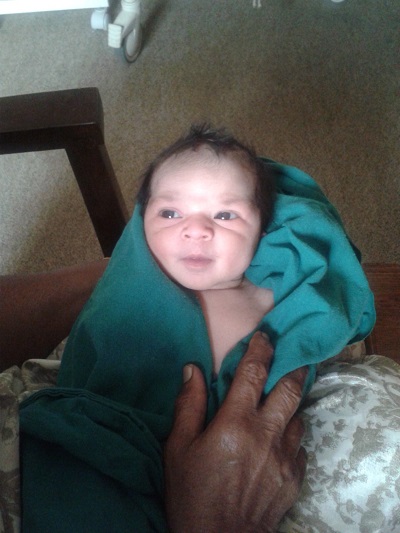 The bundle of awesomeness that's been keeping Niree and I busy since the 7th of December.

I don't think the enormity of parenting has descended on me yet, but I do know this -- when I'm looking at her, time slows down, everything is alright with the world and it all makes sense.

Standing here at the cusp of another new year, I'm filled with hope, enthusiasm and excitement. 2013 was one hell of a ride and I'm sure 2014 will be filled with even more ups, downs and everything in between! Here's wishing everyone a fantastic new year filled with all the best that life has to offer. :)